Forums
Question & Answer
How-to & Troublesho...
What should the hei...

What should the height of bed be when leveling and setting z-offset?

Apologies in advance for the “verboseness” of this post.  I just can’t think of any other way to explain it.

I just bought a Creality CR-10 V3 and BLTouch.  I noticed that the bed was set at about the lowest level.  I want to manually level the bed as best I can and then let BLTouch compensate for any imperfections after I level it.

I also need to set my z-offset.

I noticed that the hot end couldn’t reach the bed when the bed was set at its lowest setting (which is how it came when I purchased it).  So, I was wondering if the bed shouldn’t be at its lowest level when first attempting to set the z-offset.

The first thing that came to my head was to set the bed in the middle of its range by starting at its lowest level and seeing how many turns it takes to put the bed at its highest level and then backing down half of my turns to get it in the middle.

Am I going about this the correct way?  If not, please let me know where the bed should be when I do my initial set up.

Am I handling the bed leveling and z-offset correctly? 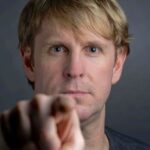 Hi, @tidd_c. Not at all, I am glad to see some details, it will help me understand your situation better.

Please do not care too much about how many turns it takes to put the bed at its highest level. Because that is not important as long as you adjust your bed to the location where is 0.2mm(A4 paper thickness) below your nozzle.

So, you need "Auto home" first, then higher your bed to close to the nozzle. Keep the gap between them is 0.2MM. And then use your Bl-touch and set a Z-offset to make your print first layer well.

Hope this video will help.

As for the filament sensor, I think you could contact the seller to get a new one and replace it. Before you got the new one, you can insert a filament to trigger the lights on. And then use tape to fix it.

Then the filament you want to print bypasses the sensor. Do not use it at present.