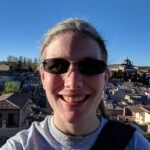 We are currently seeing a ton of issues with the right now somewhat unstable Marlin nightly builds from people using this service, who are completely out of their comfort zone when we tell them they need to acquire a stable build for now since the nightlies are currently not stable enough for production. It would be wonderful if https://marlin.crc.id.au/ would not only offer nightly builds of the current development "bugfix-" branch, but also builds for the latest stable release, so people have an option to fall back to if the current nightlies don't work for them. Then we could also actually point them to something more helpful than firmware compilation tutorials.

As things are, the service is seeing some great adoption with a lot of people who are taking their first steps in 3d printing. It would be lovely to not have to watch them get frustrated because they are forced to either run stock firmware (often broken) or potentially unstable nightly builds (currently also a very bumpy ride as far as we see on the OctoPrint forums and Discord - in fact quite the support overhead right now). I believe that dedicated stable builds and a better clarification that the available builds are in fact development builds and not stable, well-tested releases would go a long way in reducing frustration levels all across the board.

Thank you for consideration.

@foosel I posted on the OctoPrint forums about this - but I'll repeat it here.

The Catch 22 about this is that a lot of the improvements for the most popular printers just aren't in any stable release. As such, we can't do a 'stable' release with the features requested.

A case in point for this is the new MeatPack feature - which greatly improves the experience on specifically the Ender 3 V2 which uses 115200 baud serial - not USB emulated serial.

So, we have a problem where the features aren't in a stable release, but occasionally, the bugfix builds break for a couple of days in a row.

So this time, we hit the following all on the same time:
* Complete rewrite of serial handling code in Marlin
* New highly anticipated feature
* Publicised feature via OctoPrint with Meatpack

In essence, the stars aligned.

I've put on my development timeline an item to enable site-wide announcements - similar to in the OctoPrint forums to more clearly communicate known problems as the become available along with steps to avoid that problem - but as of right now, without that, that's not an easy task.

I'm just going to quickly copy my reply from the OctoPrint forums:

I would actually say that the majority of cases we have seen the past few days were from people who didn't care about meatpack or new features in general and just needed a build that isn't whatever came stock with their printer (because stock Creality firmware tends to have severe issues).

Please do not underestimate the amount of your users who are completely new in the game and just need a verified stable build to learn on. Nightly builds are *not* what you want to drop on a newbie, problems like these will happen again.

So please do not only consider an announcement feature (from our experience here, it will not have the desired effect - people don't read) but rather a prominent "stable" category as well. Seven days of builds don't help a user who has absolutely no idea of what they need to click on (and we literally had this discussion [in the OctoPrint community] with a completely frustrated newbie who just wanted to print and didn't care about current development features at least twice just in the past few days)

I agree that the current quite support intense situation came from a perfect storm that coincided with the meatpack release, but the meatpack release wasn't the cause. The cause was a refactoring of the serial communication inside Marlin that broke some stuff temporarily - totally valid for a development branch, not uncommon to happen during development and all the more reason to offer stable builds as well to people are completely out of the depth when it comes to building firmware and/or don't want to flash anew every other day but rather just want something that is tested and works. Most of these people currently don't even *know* they are running potentially unstable development builds.

@foosel I can understand that's your experience - mine is on the other end - that people WANT these new features.

The big issue is that on the Ender 3 V2 - which is the most popular printer we support, the majority of the improvements do not exist in a non-bugfix branch. For this reason, everyone that offers a binary firmware for use does so on the bugfix-2.0.x branch.

It's not for lack of wanting a stable release - but that right now, peoples hands are tied.

When 2.0.8 is released, this may well be a good time to review - but as of right now, it isn't really an option.

I understand. It would be lovely if that could be revisited after release of 2.0.8 then, I think it would improve the situation for everyone. Thank you for your time!

As a new customer of your service I would also appreciate a stable version, or having the chance to build one...

Hello Steve, I am also a new subscriber and an Ender 3 v2 user as well, and I really appreciate the job and effort you have been putting into the nightly build releases.

I agree with @foosel (btw great job with Octoprint! I sent you a PayPal donation:) ) that it would be great to know which are the most stable releases, but I understand we (the users) would also need to pitch in to give some feedback regarding how stable each firmware actually is.

Where can we see the log for each firmware release (feature or bug fix)?  I know you add the main features on the top of the firmware page (in my case here: https://marlin.crc.id.au/firmware/Ender%203%20V2%20-%20Stock/), but I would be interested in knowing the details / bugs fixed as well to better decide if I should update my current firmware or not.

Thanks again and keep it up!

@marlin-firmware-service Thank you! A detailed log will be very helpful, appreciated it..

Steve, would you be able to implement the additional display information on the Ender 3v2 screen as some other users did (see screenshot below)?

@ebuy05 This has only just been merged with bugfix-2.0.x and is now the default.

Any recent build should have a properly functioning position area now.

@marlin-firmware-service Awesome! I just installed the latest firmware and the additional info on the display works great! Thank you!

Time to give Meatpack a try now 🙂