I have a odd problem with my Ender 6 and BL touch.

When i press the Levelling option it will something stops and start blinking red and then it got stuck in the levelling mode and the buttons are not working.

-Reconnect all the cables

The Ender was working good without the BL touch before.

Hope you guys have some tips.

PS to see the error on video:

does the bl touch work normally when you auto home? I have a 5plus and its bl touch sometimes doesn't work. I have to reconnect the bl touch cable so the probe starts to come out.

The BL Touch somethings works on auto home but this also will ocur random. If i do a reconnect i will get the same behaviour 🙁

Update / I did got a new cable to test it but still the same issu.

Hope some can help me out here 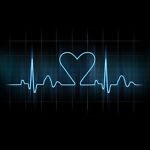 I build my Ender 6 today and I'm sure that the cabling is OK.

The BLTouch v3.1 working well, but the 25 points measuring has been stopped randomly after the 5th, sometimes the 8th, 7th point. No error message, just wait....until I switched the whole unit off... 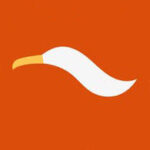 I had the same problem with a BLTouch v3.1. It worked okay for two prints and then the red LED flashing started. I tried two different cables (one I had adapted from the one supplied and one I had made from scratch) and lost count how many times I changed the firmware. It would get part way through the bed level measuring then stop and flash the red LED.

After a bit of a struggle, I managed to get a refund from AliExpress where I had bought it and got another one, also v3.1, with custom Ender 6 cable from the company that I had bought my Ender 6 from. I fitted it and installed the recommended firmware (v1.0.4.9) and it worked straight away.

Just to double-check, I tried fitting the old BLTouch to test whether it had been the cable or firmware and it did the same thing - I might get it to start the levelling routine but it would just return to a flashing red LED - and tried the two previous cables with the new BLTouch and it worked, so it was actually a faulty BLTouch.

It was a relief to discover it wasn't something that I had done wrong. The problem is that unless you are insistent with the supplier as I was (I provided video evidence which they were reluctant to accept), you might need a known working BLTouch to prove that the other is faulty.

Thanks for your reply with very important information.

I already contacted with the 3DJake who sold this to me and I've asked the replacement of the sensor...

@neukrisz Where did you buy your Ender 6?

Here is my video about the problematic levelling:

I bought on Banggood.

I can't say for certain that what happens at the precise moment of failure is what happened with mine because I never actually saw that moment - but it did fail part way through the levelling procedure, stopped moving and flashed red in exactly the same way.

The only reason I asked where you bought it is because if you bought the BLTouch and the Ender 6 from the same place, it would be simpler to get the issue resolved - different suppliers can't point fingers at each other.

I thought I could save money buying a BLTouch half price from AliExpress (actually genuine, I believe) but it just cost me more in the long run - not only did I end up buying the full price BLTouch, but I also spent quite a bit making up a cable when that wasn't actually the problem.

I have to say, generally speaking, though, that the Ender 6 seems to be straggling in terms of acceptance and support. I had hoped that the new version of Cura would have an 'official' Ender 6 profile and that it wasn't necessary to either modify the BLTouch cable or buy one customised from a specialist, as I ended up doing.

@tangerine If one is inclined, these things are nit difficult to integrate, but if you're not technical, then your advice us sound.

I agree on the Ender 6 support. It seems odd that it's not better supported in that it's definitely not an uncommon printer any longer and is rather main stream.

@harkon I don't know if you read my comments elsewhere (I can't remember what thread it was, maybe this one) but there was nothing actually wrong with the cables I made up myself but I didn't realise that until I got the second BLTouch and tried them with that. After trying every combination of BLTouch (x2) and cable (x3 - two I made and the one which came with the second BLTouch), the only common factor was the first BLTouch - the cables worked fine with the replacement BLTouch.

So, even with a reasonable amount of technical knowledge, it can still be a problem to persuade the supplier of the BLTouch that it is defective.

@tangerine No doubt. Suppliers are slow to admit they sold bad product.