Ender 5 Plus BLTouch stopped working after new board install 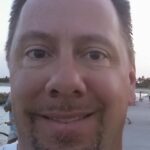 I just got my Ender 5 Plus up and running and had been printing consistently for over a week with no issues. Really love how well it worked out of the box with just a good levelling, but it was loud. I had ordered and received the upgraded silent board and decided to install it a couple of days ago. Install went smoothly, and I (thought I) was meticulous at pulling a connector from the original board and placing in the correct spot on the new board. Fired it up after the change and the BLTouch clicks up and down twice and then just stays red. I thought maybe I needed to update the firmware (I'm a dolt, didn't check to see what was on the new board first). I flashed it with 1.70.0 BL but there was no change. I did some searches online and found some pics that matched how I had wired it, and it seemed to match, so I was perplexed. I decide to put the original board back in but encountered the same result. Now I'm stuck. How do I begin to troubleshoot where I might have messed up the wiring?

Pic of the original board after I put it back in.

@vbdcb  Sorry I can not see the version of your mainboard in your picture.

The BL-touch is being red is not a problem, mine is red during printing.

@vbdcb What version of firmware did you flash? I did not see you mention this. You have to download the correct firmware to adapting your new motherboard.

@kevin Thanks Kevin. My mainboard is "Creality Ender 5 Plus Silent Mainboard, Silent Motherboard with TMC2208 Driver  v2.2.1", and I flashed it with 1.70.0 BL. If you read my original post, I reverted back to the mainboard that came with the system and had the same behavior.

@vbdcb Yes, I know. But you flashed it with 1.70.0 BL, the possibility of 2 motherboards are not suitable for this firmware cannot be ruled out. https://forums.creality3dofficial.com/download/ender-series/ender-5-plus/ Please try 1.70.1 and 1.70.2.

@kevin I posted to a FB forum and had an answer in 10 minutes - If you look at the picture I posted, the BLTouch was plugged into D12, but it should have been plugged into D11. I am up and running.

@vbdcb Well, I didn't notice that. I turned off the picture when I didn't see the version on the motherboard.