My printer seems to be printing bands (see pictures) but only when it has other things going on in that layer. If a standard shape (circle, square - see top and bottom areas in picture) it seems quite smooth, no issues (other than a hard z-seam). For the stuff in the middle, it has banding of some sort. The inside looks similar in that area but the z seam is only at the top and bottom, nothing where the odd banding is. Some further info:

Any thoughts on what would cause this, what I could look at and how I might further investigate.

Many thanks in advance. 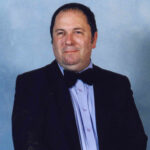 Firstly I would check Vrefs on the new board. Quality control does not seem to be good and my Vrefs were way off on a new 4.2.7 board. I set mine to the mid-point from the chart below from Creality.
Also check belts for correct tightness.
After that look for over extrusion. It looks like quite small banding so could easily be just a little too much filament.

Thanks for the quick reply!

Vrefs are new to me, but I just watched a video and think I know what I need to do. Any tips/tricks for the E3v2? I don't have a ceramic screwdriver so I guess I'll have to be extra careful. ?

I've made sure the belts aren't loose but from everything I have seen "correct tightness" seems to be a bit subjective. Any way to more objectively test/adjust them?

For extrusion, why would it be ok at the top but not in that one area? And what is the best/simplest/your preferred way to check extrusion? I've tried a couple things and nothing seems to change (but I may not be setting things properly in the slicer).

You know, you would think you could get these things dialed in and just print but there is always some variable to tinker with. I guess that's why this is a "hobby" and not "plug and play". ?

Had that issue too, so annoying  ?
I removed the lead screw, cleaned from grease and now using oil to lubricate. While lead screw was removed I checked and adjusted eccentric nuts so the Z gantry moves absolutely smooth.
When I'm printing I place the roll of filament on a rod with ball bearings so there is no resistance when printer pulling the filament.
Now it prints absolutely clean. Only time when having slight banding now I suspect it's due fluctuation in filament thickness.

I've done most of those things fairly recently, but I'll triple check. When I cleaned the lead screw I used a dry lube to keep it from picking up dust/dirt but maybe it needs to be done again (or switch to something like 3-in-1 oil).

One issue I had as the screw as closer to the frame at the bottom than it was at the top. I created a spacer to put between the frame and the stepper motor and that seemed to help with binding that was causing a line/slight shift at about 15mm when it seems the tension was relieved. I'll recheck that as well.

I did print a small cylinder about half the height of that print and didn't get any banding like that. Maybe I'll try something a little more complicated to see what happens before I start making changes.

Sounds like I get to pull the machine apart again (start with the Vrefs, clean/re-oil z-screw, check tolerances) and see if anything needs some "love".

Yes dry lube is even better it seems. I've looked for Dupont teflon non-stick lubricant as somebody achieved the best results with that, but I couldn't find it easily, that's why used oil for lubricating.
I've also checked the lead screw for straightness on a glass plate. It has a slight wobble so I mounted it back upside down with the wobble above the most used printing hight.
And between the brass nut and that metal plate they had mounted some spring washers, I have removed those as well.

Firstly I would check Vrefs on the new board. Quality control does not seem to be good and my Vrefs were way off on a new 4.2.7 board. I set mine to the mid-point from the chart below from Creality.
Also check belts for correct tightness.
After that look for over extrusion. It looks like quite small banding so could easily be just a little too much filament.

Well mine seem to be quite off:

How do I adjust those? Is there a special tool? I can't see any grooves for a screwdriver or such to make the adjustments. Video I watched showed doing it in the same place you measure but doesn't give specifics on what to/not to use to adjust.

@stresspuppy
As per the video:

The adjustment is done on a very tiny potentiometer, one for each Vref.

You have to be quite gentle as they're delicate.

There's a small cross in the adjuster on top of each pot and the video shows a metal screwdriver with a (positive) probe clip connected to it, so it's really easy to take a measurement whilst you're adjusting it. The negative meter probe can be connected to any convenient negative/ground point. The neg 24V terminal is probably the most convenient.

@stresspuppy
One of the problems with over-extrusion is that one layer may appear to go down perfectly, then the next layer is over extruded and 'flattens' out due to nozzle pressure. The next layer after that will sit on top at a lower base level and appear to be a 'good' layer because it didn't get flattened as its base is already low, but the Z-motor doesn't know that, so follows the height it was set to be at by the Gcode. The next over-extruded layer comes along and flattens out and the entire cycle starts again - more stripes than a zebra's bum. 😀
I'm not saying it IS over-extrusion, but it's something to consider if you can't find another cause.

I adjusted the Vrefs (boy are they sensitive - I wasn't able to use the method you mentioned so it was adjust, check, adjust, check...) to get them in line with the specs and I pulled out the z-axis screw, cleaned and recoated it with a dry lubricant. Print has the exact same issue. I guess I can check extrusion next but I would think there would be a problem in the whole print, not just the middle.

I'm using the same gcode each time and I wouldn't think a slicer (I'm using Cura 4.8) would cause such a thing but I can reslice and try again (but these 2 1/2 hr prints chew up time and filament!) Or maybe I can find something else of similar size/height and see what happens.

I'm not ruling out something with the screw but I checked the distance from the frame to the screw and that seems the same so I'm going with the assumption that there isn't any binding or additional tension in the lower part of the z axis movements.

Not sure where to go next...

Attached both gcode and STL. For the gcode, my shorthand in the filename means: 0.16 layer height, 195C nozzle temp, 50mm/s print speed, prints on the front right of the plate, takes 2h 20m to print.

Attachment :  Throttle-Body.zip
This post was modified 1 year ago 2 times by Stresspuppy
ReplyQuote

Attached both gcode and STL. For the gcode, my shorthand in the filename means: 0.16 layer height, 195C nozzle temp, 50mm/s print speed, prints on the front right of the plate, takes 2h 20m to print.

Well, that makes things clear  ?
Im printing your Gcode now.. But also did preview of Gcode in IdeaMaker.. I noticed some thinner layers in preview (layer 26, 27 and 28) 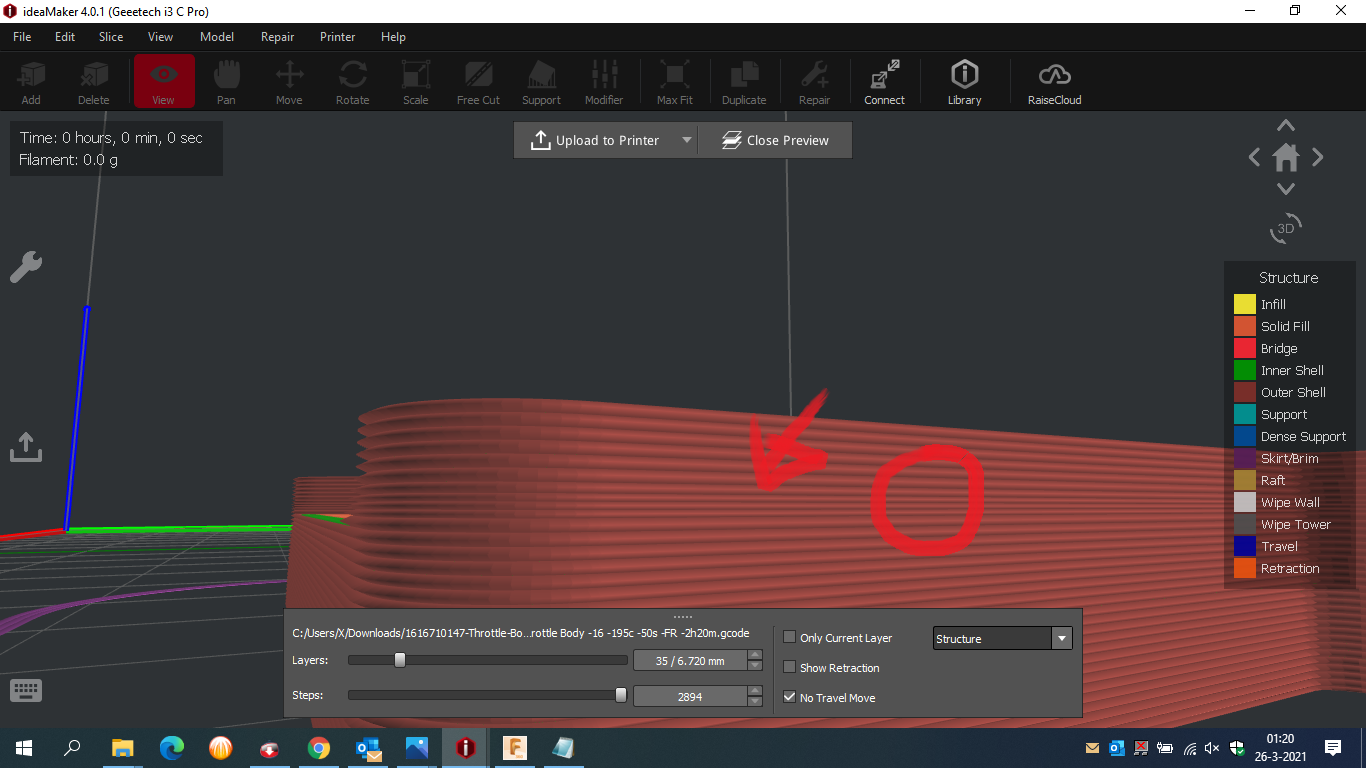 Then till layer 49 it prints 0.2mm and starts with 0.12mm again for many layers.

Around layer 71 it changes again.

Opening the Gcode in Notepad confirms the readings in IdeaMaker.

I stopped the printing  after 1hr because I get the same banding of course. 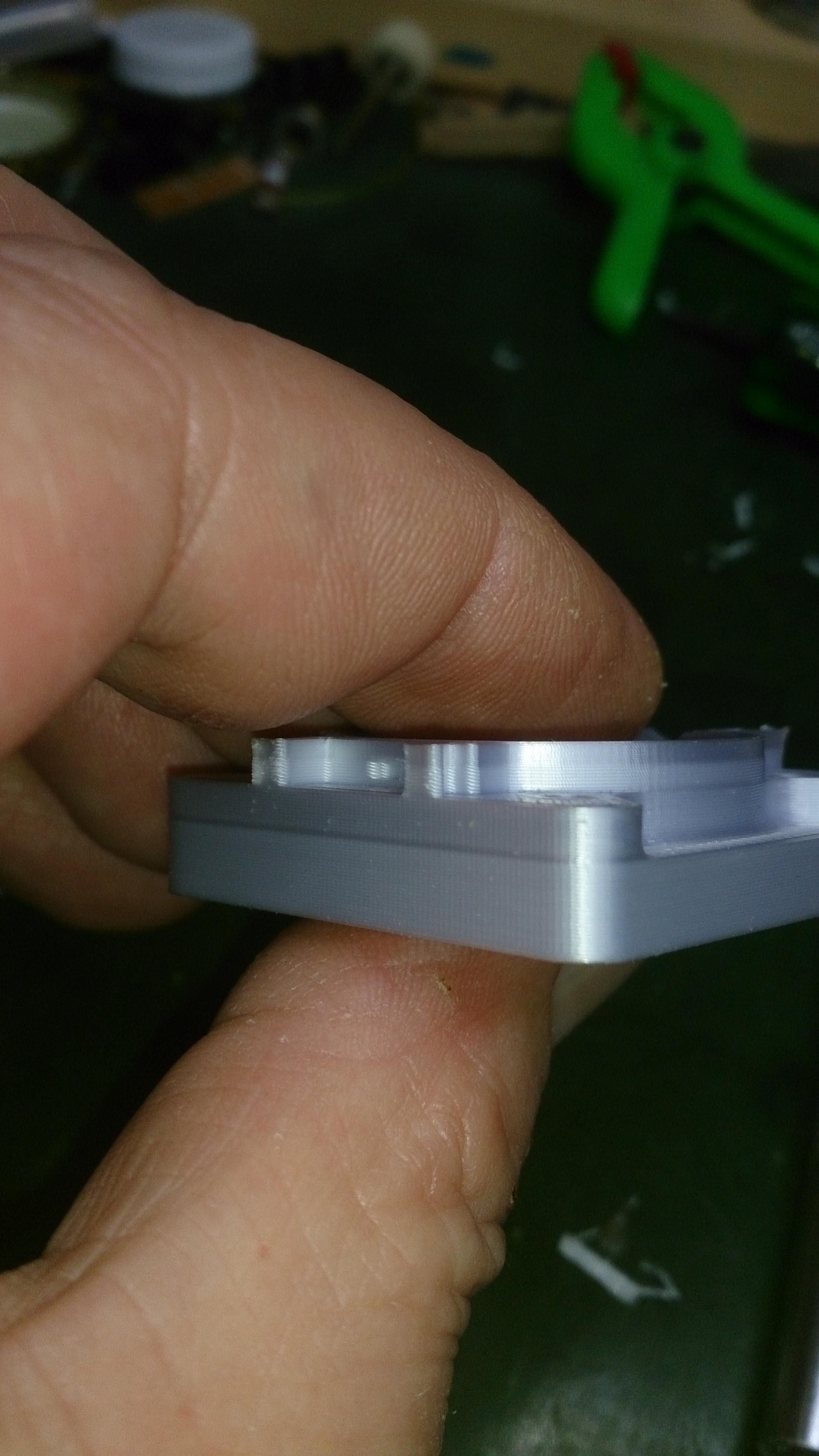 So, problem is not printer, but the Gcode.

As somebody says there "My experience with this feature (in Cura) is that there’s always an obvious discontinuity in the print between regions of different layer height."

Wow, that's a lot of sleuthing and time on your part, thanks!

There are so many dang settings that there is always one hidden somewhere that bites you. ? I took a look at things in Cura and upon closer inspection, I see the lines when it is sliced (not sure how I didn't see them before). I found the setting for adaptive layers, turned it off and now the slice in Cura looks clean. I'm kicking off another print now to see how it turns out. I'll report back.

(The "fun" of this is I have been printing parts for this engine model for weeks and this is one of the last pieces. Now I'm going to have to go back and look at others and see if I notice anything. Considering some of the prints were 24+ hours each, I think they will be fine as they are regardless ? )

That did it. Thank you!

Dang these hidden "helpful" features. I'm sure I have had similar issues, though not as prominent, that I chalked up to the printer and just lived with them until I could do the fine tuning. Not as obvious as this and I'm not going back to print them but it's great to have this figured out before I start my 18 hour print.