I got a Ender 3 V2 some time ago and I already printed a fair amount of stuff and day after day I am confronted with the following problem : the bed level seems to change in between prints. I am currently printing some boxes for a boardgame, some pieces are to be printed multiple times.

This morning I started a print, level was way off, the bed was way to low, so I gradually raised it until it was ok to print.

Once it finished I started a print for a second box (but it's a really similar model) and this time the bed was way too high. Filament wouldn't come out at all, so I lowered all the wheels by about 1/4 turns on all four wheels and now it's printing.

Both gcode models were generated with Cura without changing any settings, the bed is the standard glass bed that came with the Ender 3 V2. I checked that screws were tight starting with the ones that hold the Z end switch so I think all is ok on that side. I figured maybe with temperature the glass would maybe have expanded, but I'm surprised it would be by that much. Both times the bed temperature was 54°C, extruder was at 200°C.

This isn't the first time my level was so off in between two prints and with no changes in between.

I also tried using a levelling pattern found on Thingiverse until perfection, but right after trying to print a real piece the level was immedidately off, sometimes too high sometimes too low.

I just don't know what is happening, can somebody help me ?

Is it possible that the spring is too soft that it just can't stay at the same height?

I was wondering the same thing I am about to replace them with the stronger ones but I doubt it unless all 4 of them managed to change height consistently, because in order to get things back in order I had to level all 4 of them but by the exact same amount. Still I am trying it this morning.

@marstial I recommend you buy a BL touch kit. ? https://www.creality3dofficial.com/collections/bl-touch/products/creality-bl-touch

I've got one on the way ! It should arrive within a few days. But still I figure this machine is supposed to be able to fonction without a BLTouch, right now I managed to start a print with the new springs and for now it seems to be ok but I am very curious about what might have happened. I'd like to understand, I will keep you posted if or when the problem occurs again. 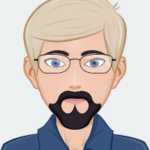 I had the same issue with the springs moving after a few prints. I did read about installing stiffer springs but opted to go with a printed route. I found these guides that provide the ability for the springs to stay ridged and not move.  Hope this helps!

It happened again, yesterday morning I printed à part (.paintholder_citadel.stl) from this model :

Next I moved on to the part LOTR_JIME_-_Small_Cards_Lid.stl from this model :

And from the looks of it it seems my bed is lowered by something like 1 to 1,5 mm, I created the gcodes with cura and the same settings both time.

This time I am using the stronger springs, does someone have an idea what might be happening ?

@marstial  If your knobs are too weak it will raise the bed from time to time, but the wired thing is that your bed will be too high to welcome the filament sometimes. So I do not think the problem is the springs.

Let us see what will happen with your stronger springs.

If it does not work, I would like to recommend you check the Y eccentrics too loose? If you were struggling to get prints unstuck from the bed, that might be causing the bed to move up/down when prying.

Thanks for your reply. The stronger springs are already in place, I just checked the Y eccentrics and they don't appear to be loose :/

I MAY have found the problem, I'm not sure yet I'll be running a test later on.

I have two computers, one running on Ubuntu the other on Windows, bear in mind I am using Cura on both with the exacts same settings, I checked two times. I suspect maybe from one soft to the other there may be a different first layer height. I'll be generating two gcodes for the same model with both software and see if the problem occurs again. I'll keep you posted

I used the ender 3 v2 for about two month and noticed that the problem is due to the initial position of the bed that is too high and therefore sensitive to mostions. If you remove peaces while the bed is still hot and apply up force than it might explain the movment between succesive prints

1. Get the upgraded springs. I got the yellow ones and it was like night and day, the difference in repeatability.

2. Make sure your z-limit switch mounting is tight and as low as can be. You want to be sure the springs are compressed when level - more than just barely, otherwise the springs will not have force to overcome friction after you disturb the bed, like while removing a part. They will not always return to where you set them.

3. Are you moving the printer between prints? The printer is sensitive to distortion when you lift it, and fractions of a mm will change the print quality. When you re-place the printer it may settle slightly differently.

4. I got better results by adding 2 extra clamps to the glass, holding in 4 places instead of 2. I can see the difference in flatness between the metal plate and the glass, so moving the clips will tilt the glass.

I saw in a video about BL Touch- the Z-axis offset is stored on the SD card, so if you swap cards, it may seem the BL Touch isn't helping. Even if you get BL Touch I'd do the springs and the clamps.

@jrjinyyc Such a nice and detailed sharing. Thank you very much!

I am having the same issues.  I have upgraded the springs, and no luck.  I am becoming very proficient at leveling the bed, but I don't want to do this every time. New Extruder setup, new nozzle, etc... I haven't made any changes to the Z-offset in either Cura, or the Ender 3.  Still looking for a solution.