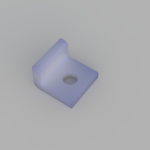 Reading the post below, getting the BLTouch seems to be easy(albeit pin27 adaptor board is still needed), however, how does one install a filament sensor?

And how can one prevent from burning up the PCBA while installing BLTouch?

Some users have noticed that for installing a BLTouch, the ports used vary based on what firmware you’re using. Plugging the Z probe wires into the wrong ports (such as the Z-axis endstop rather than the specified Z probe port) has reportedly led to smoking on the board, despite the fuse. While the fuse is a nice added security feature, it clearly doesn’t prevent all issues, so this is something to be wary of as you upgrade your printer.