I recently purchased the silent 4.2.7 mainboard for my Ender 3 Pro.  I noticed that I lost certain functionality like the filament change command.  I wanted to upgrade the firmware and used the bin provided by Creality here:

I then put the BIN file on the SD card, inserted it in the printer and booted it up. Nothing happened. It was suggested to change the name of the file because the printer won't try again if the same name has already been used.  When doing that, it seemed like the printer tried to update.  However, it just hung indefinitely.  The only way I was able to get it to respond was to put the firmware on the SD card with its default name.  The firmware still didn't update but at least it was working again.  Is something wrong with my bootloader? Thanks!

Firstly, you can check the version info on the screen and see which firmware you have on the current mainboard. It should be the same as the one you wanna upgrade. If they are the same,  you don't have to upgrade the firmware, and everything is fine. It seems like the engineers haven't added the filament change function in this firmware yet.

@eli-liu
I'm currently on 1.0.1 (the new 32 bit board).  Why would the old standard board support filament change but not the new one?  Also, do I have thermal runaway protection on this firmware version?

@akosin for every new mainboard, the engineers have to start a new firmware. the bugs will be solved when newer firmware releases.

the person knows more about the mob and firmware. you may have a look at his videos.

I'm having the same problem.  I'm trying to upgrade the firmware that came with the board (Marlin 1.0.1) to v2.01.  I download the "Ender-3-Pro-4.2.7-Marlin2.0.1-V1.0.1-TMC2225-English.rar" file, extracted it to and empty 8GB SD card and renamed it to "firmware.bin."  I then put the card into the Ender 3 Pro that I have upgraded with a 4.2.7 motherboard, and turned the machine on.  The screen goes solid blue for about ten seconds, then immediately returns to the usual Ender 3 logo, and whether checked immediately or an hour later, the version showing on the "About.." screen is version 1.0.1.

Inspection of the sd card contents will then show an additional file: "EEPROM.DAT" with a 4KB size.

I've tried many things, including changing the file name from Ender-3-Pro-4.2.7... filename, or naming it firmwarenew.bin, or firmware_1, etc.  Also I have been using the original 8GB SD card fully reformatted (to 32FAT), and re-partitioned with only a 2GB partition, etc.  I get the feeling that the bootloader simply does not work on this board.

I would simply leave it at version 1.0.1 and live with it, but that's not why I "upgraded."  For one thing firmware version 1.0.1 gives me an error with Octopi indicating that my "firmware is broken" and will result in communication errors (which I have experienced).

What is the solution?

I had this same exact problem as you have - go to this link and download his "Compiled Ender 3 with 4.2.7 silent board upgrade base firmware"  - that flashed first time no issues.

The answer is very easy. You have installed the newest version of firmware. On the screen it appears as 1.0.1.

I was looking at that video and thought it was my saving grace. I then realized that it's for the Ender 3 non-pro. Would that still work on the pro?

I was looking at that video and thought it was my saving grace. I then realized that it's for the Ender 3 non-pro. Would that still work on the pro?

Yes - the firmware he provides for the non-V2 identifies itself as v1.5Pro and will work on both Ender-3 and Ender-3Pro with either 4.2.2 or 4.2.7 mainboard. 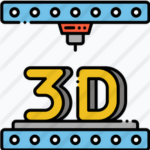 The answer is very easy. You have installed the newest version of firmware. On the screen it appears as 1.0.1.

That is not making sense. What if you wanted to down grade?

As long as the name is different from the last load, it should take it.

It's not working for me either... Quite frustrating.

I'm not sure where you found the pre-compiled file that worked for you pbarnwell, I looked on TTs site on github, but didn't see anything that matched your description.  Do you have a more definitive path I could follow to get to the file in question?

And gadgetChris - I'm seeing the same things you're seeing as far as Marlin commands that don't work.  Not only does the STOP command not work, neither does Pause.

with no luck at all - just blue screens.

And considering @eczige's comment that 1.0.1 is the newest version, I'm not following the logic of a version naming convention that has been in place for decades that would all of a sudden deviate to 1.0.1 is newer than 2.0.1.  Can anyone explain that?

And one more data point:  the original board I had issue with came directly from Creality.  They were no help at all in solving the problem and would not allow a return, so I wrote off that mistake and ordered a 4.2.7 V2 board from "Skophy" on Amazon.  I've installed that board and I get the same result with one difference - the Skophy 4.2.7 V2 board when you first boot you get nothing...just a blue screen.  Then if you flash "Ender-3-Pro-4.2.7-Marlin2.0.1-V1.0.1-TMC2225-English.bin" you get (surprise) Marlin Version 1.0.1.  This kind of supports @eczige's comment, but ????

This is a pretty confusing problem and after getting it on two boards from two different places I don't have a lot of confidence that Creality's 4.2.7 board works as described, other than quieting the steppers down.

I have to hand it to you, you were absolutely correct.  I was on the wrong branch of TT's site on GitHub but when I went to

For ref the two images I've successfully used from TT are these:-

Compiled Ender 3 with 4.2.7 silent board upgrade base firmware:

These should also work with a 3-Pro. I've actually compiled my own since I used these 'cos I wanted to tweak some settings, but they were the ones that got me out of the mess of the Creality images refusing to flash,

I am having a very similar problem first time booting up the reality 4.2.7 board on my ender 3 I loaded the firmware off the reality.com/download sight for BLTouch with v1.3.1 and I have a solid blue screen. I have change the file from .rar to .bin on my Mac. used 3 different sd cards e mailed creality.

so is 'tt' the youtube guy teaching tech? I am assuming he has a websight that I could download a firmware that might work for me? input would be great creality told me if I compiled my own firmware the board would not be under warranty? thanks!

I just downloaded the 'tt' zip with a 125 micro sd card formatted to fat16 and a 8 gb micro SD formatted to fat 32 still blue screen. should I send the board back and order another 4.2.7 board ? do you have a contact for "tt" ? thanks for any help!

ReplyQuote
Page 1 / 2 Next
Please Login or Register to reply to this topic.
All forum topics
Previous Topic
Next Topic

Latest Post: I’ve leveled my bed many times as others described. What am I doing wrong? Our newest member: tadalafil gel Recent Posts Unread Posts Tags