Issue after installing BL Touch in my Ender 3 Max

I'm a new user at 3D printing, and my first choice was the Ender 3 Max not to be limited to size in making some prints.

I've noticed the printer isn't capable of maintaining the hotend temperature which drops and can't recover to the desired temperature.

After a quick fix, which was to cover the vent intake by about 75%, it does print and maintain the desired temperature.

I'm wondering if this is a problem regarding the firmware installed, since I didn't make any more modifications to the printer itself.

Did anyone encountered the same issue?

Is there any fix available that doesn't require disabling the BL Touch? 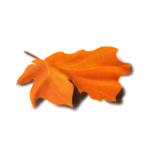 Are you using the Creality firmware, or the Marlin 2.0 firmware from this thread: https://forums.creality3dofficial.com/community/ender-3-max/building-marlin-2-0-for-the-ender-3-max/

I was having issues with the Creality version, but have had better results with the Marlin 2.0 version.

@circuitous mine has the creality firmware with BL Touch, last updated at 21 Feb.

Not sure if using an untested version is safe to install. Just wanted to check if I'm the only one with this issue or is it a general issue, cause I didn't touch the temperature sensors, and after the firmware update, the error E1 occurred.

Other than that, my printer is working perfectly, so don't want to mess with any more settings or non tested firmware. What can work for some may not work for me.

Do you have the silicone sock on the hotend? The stock heater is fairly wimpy.