I would like to know if there is any tutorial to install BLtouch sensor I bought from official store to connect to the CR-X printer.

Also, I observed that my printer has an issue with bed leveling at one corner, near where the wiring goes to the bed. Is there any easy fix for this?

I purchased a BL touch sensor for my CR-X. I followed the guide in this youtube video. I updated my firmware for both the main board and the LCD screen. However, the printer is not starting (blank LCD screen, but fans running) when BL touch sensor is connected to the board. If I remove the Bl touch sensor, LCD screen comes to life and seems everything is okay, although I didn’t print anything yet. Does anyone has any suggestions on how to solve this?

@scidev It looks like maybe there are some connecting issues with the LCD connection. I also have a cr-x and I notice that the connection between the port and screen cable is a little bit loose and sometimes it disconnected, so I end up using some glue. For the bed level problem, I was wondering maybe change to stiffer springs, since the cable on the back may affect the bed spring.

I also found this video online, hope this helps.

@scidev i don’t know if you have since fixed your issue with the bltouch on your crx, but i had the exact same problem with a black lcd screen after installing mine, did you use the video as a guide to do it?

the video https://youtu.be/TQD7egQXWB0?t=59 shows the plug that is pre-wired that comes with the creality bltouch kit, the wiring to that plug for mine had the yellow and blue wires in the wrong holes on the plug.

i had to take a knife and poke the little metal tab on the plug to release both yellow and blue wires and swap them to the same as the plug in the video at 59 seconds.

this fixed the black screen lcd problem and the printer booted up fine!

check your cable! it may not be wired correctly right out of the box! 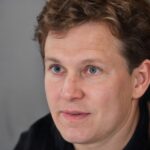 Thank you for the useful videos!

@shadowdepartment Just to confirm, In the video it states to plug the z limit switch back in. Is this the original z limit switch cable or the second cable coming from the BL touch?