I bought new CR-6 SE from official store.  I have to set Z axis every time i print, even right after finishing a print i have to adjust it again.  please advise how can i fix the issue.

If i do not set Z axis starting position of nozzle become too low or high.

@sairfan1 Are you using an SD card? Did you find somewhere in the display to save the print settings? I do not have CR6SE, so I am not clear with this.

Yes I'm using SD card but it is not related to SD card, every time i save the setting its saved but next time that setting is not valid, unless i try to re align the Z axis mostly it sets at same value.

For example i adjusted Z axis at 0.20 and did a print but when i start next print Z axis value is still 0.20 saved from last time but it will not print as Z axis stays but higher or goes very down.

But when i click the button to set Z axis and move paper under the nozzle i found big gap or too close to platform then i adjust it again after many tries i get it adjusted still Z axis value is 0.20

@sairfan1 It's weird. It's like the printer lost its brain. Not sure if it's a firmware problem, but the whole operation is confusing anyway. Well CR-6SE!

Is there any solution to my problem?

@sairfan1 I don't have an exact diagnosis, but if I were you, the first thing I would try is to reflash the firmware. 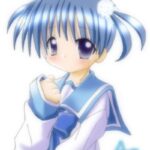 When I first got my 6SE, the z offset(or any other settings) couldn't survive thru reboot.  It lost it's setting every time the printer reboot.  Creality then told me this problem is fixed in a newer firmware.  I update it and confirm that machine setting is now saved even after reboot.

I have a CR-6 SE, purchased aug 2021, replaced October 2021. First unit was non-functional, multiple problems, Creality finally replaced it. After a month the control board blanked out and started smoking. Creality *eventually* replaced that. Before and after this, I have experienced the same issue with Z axis offset. For any order of levelling, centering, raising Z axis so as to clear a sheet of paper as recommended by Creality, nozzle burrows into plate so as to push right side of printer assembly up. Nozzle moves to left front corner, may or may not start a straight line trail, then jams into build plate. Scraping sound. Same result if nozzle adjusted *much* higher at start, nozzle heads to the corner constantly lowering toward the plate. Temporary fix is to run Z axis up to 0.5, usually this does not provide enough gap. *Occasionally* for no obvious reason nozzle start well above plate, spews out filament. Then, *reduce* Z axis to move it closer, usually first layer separates from plate.

Any nozzle movement associated with adjusting height above plate accompanied by severe torquing of nozzle. Right-hand transport wheel on X axis is loose, maybe its supposed to be to accommodate nozzle problem. I can get filament to extrude if I push it up to the limit while printing.

If the problem is known to Creality and the solution as suggested is new hardware to monitor the Z offset, why the heck is this not *automatically* included in a recently purchased machine.

@sairfan1 : Yeah. Micro Z-axis adjustment always retained, even when unit powered off. 1) Level, 2) click middle button on XYZ menu screen, after which nozzle is in contact with glass plate, 3) adjust Z offset on XYZ screen by sliding paper method, and (or) 4) microadjust Z offset on same screen as levelling option.

Do this in any order, nozzle burrows into plate, except sometimes. At (3), Z offset of any amount produces same result. Magic Thinking of changing nozzles one a day (gee, the plate is grinding the end off) sometimes produces short term solution. Sometimes not

Transport along entire X axis is level. When things rarely print, raft laid did in middle is uneven, some places nozzle clears plate, other places doesn't. [Where first layer is laid down, second layer with nozzle jammed into plate digs up the first. Nice.].

Creality has been unhelpful. Side blower fan has never come on, not once, this is said to be critical. Replaced twice, no difference (fan shows EMF drop). I suspect the print circuit board, but Creality won't send a new one